What do I need to install a Hooptie on my bike?

What do I need to install a Hooptie on my Bike?

The Hooptie LT2 is a game-changing accessory when it comes to carrying kids on your Xtracycle, offering stability and security for children sitting on the deck, as well as added protection for children in child seats mounted to the rear deck. 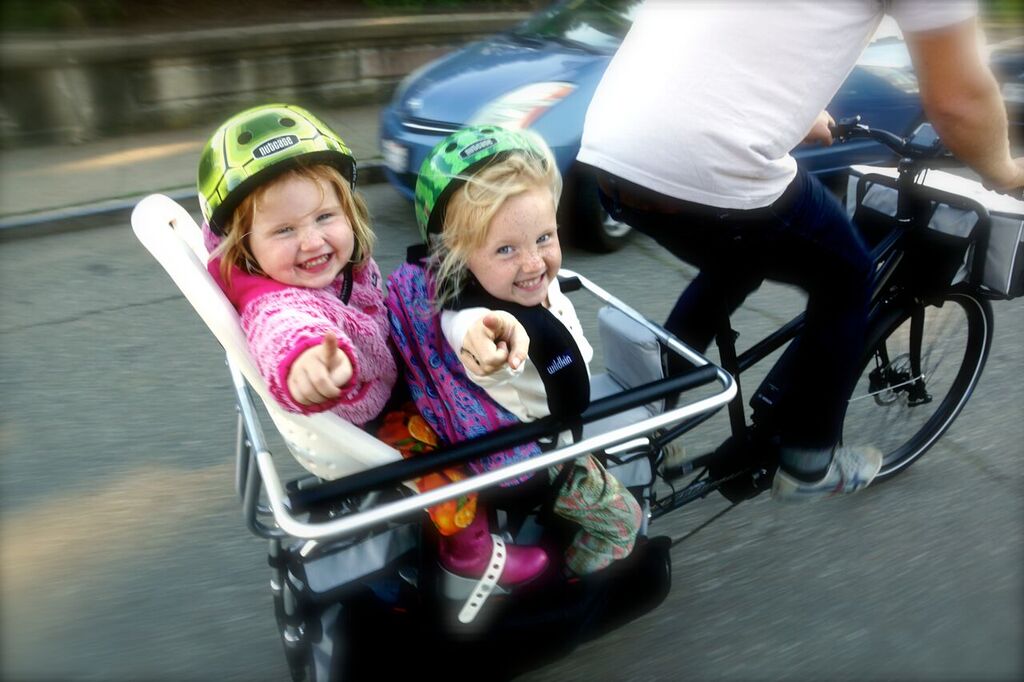 Here's how to figure out what you need to install one on your bike.

Step 1: Do you have an Xtracycle bike or bolt-on kit?

If you need a new bike and passenger carrying will be one of the primary purposes of the bike, it's hard to beat the EdgerRunner or the EdgerRunner Electric. Both the EdgeRunner (Swoop and Classic) and the Stoker come with everything you need to mount the Hooptie. The RFA when assembled in the Utility mode (mid-tail) has a Hooptie RFA designed specifically for it.

If you have a standard bike that you would like to convert into a longtail cargo bike, you need a bolt-on kit. The Leap bolt-on kit can be used to convert any bike that meets these compatibility requirements into a cargo bike.

While not an Xtracycle bike, the LT2 Hooptie can work on a Surly Big Dummy as well. It will not work on a Surly Big Fat Dummy. For more info on installing a Hooptie on a Big Dummy, please refer to the article devoted to this topic, found here. The remainder of this article will be about installing a Hooptie on Xtracycle bikes and kits specifically.

The Hooptie will not fit on any other brand cargo bike or regular bike. You must have an Xtracycle Cargo Bike, Xtracycle Bolt-On Kit or a Surly Big Dummy.

Step 2: Which deck does your Xtracycle have?

Determine which deck your Xtracycle has: 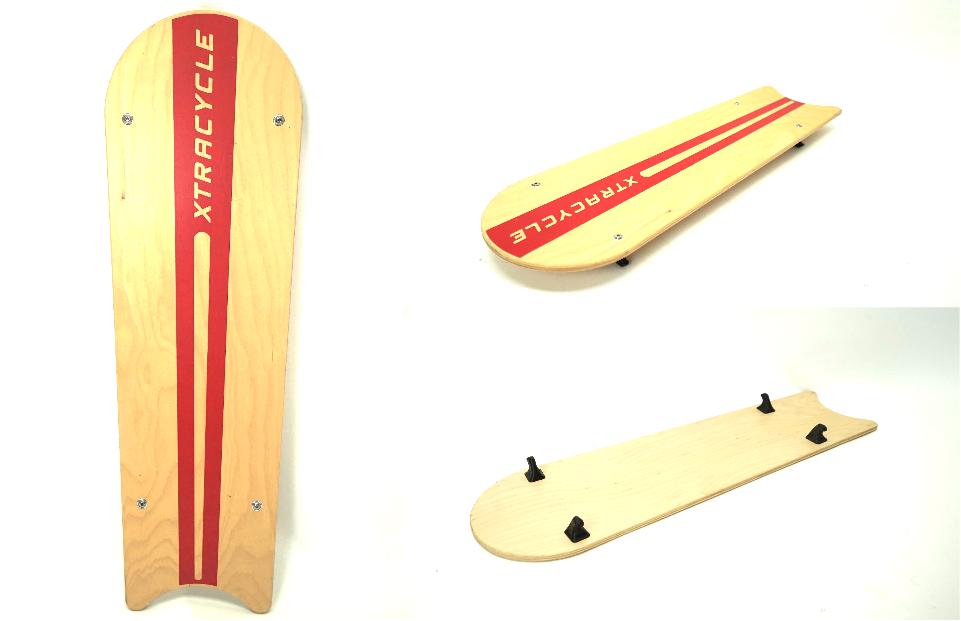 If you have a bike with the SnapDeck, you'll need to replace the SnapDeck with the FlightDeck LT1 v.2, mounted with a set of metal SuperHooks. If you are also installing only the Hooptie, you will need 1 set of SuperHooks for a total of 4 SuperHooks. If you are also installing a Yepp seat with the Hooptie, you will need 2 sets of SuperHooks for a total of 8 SuperHooks (this increases the security of the attachment since there will be the extra pull of the Yepp seat on the deck). To secure the V-racks to your frame, you will also need a set of RackLocks. The Hooptie LT2 can then bolt in using the Hooptie Retrofit Kit. The bolts included with the retrofit kit are long enough to go through the thickness of the LT1 version 2 deck. So if your Xtracycle has a SnapDeck, you will need: FlightDeck LT1 v.2, SuperHooks (Hooptie only = 1 set, Hooptie + Yepp seat = 2 sets), RackLocks, Hooptie LT2, Hooptie Retrofit Kit. Optional (if also installing a Yepp seat): additional SuperHooks. 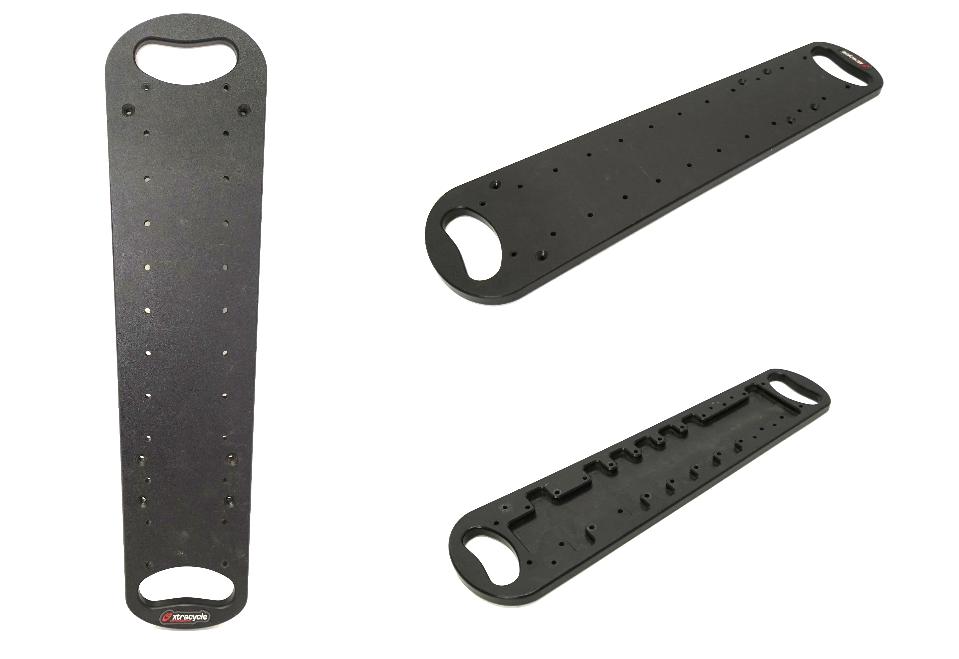 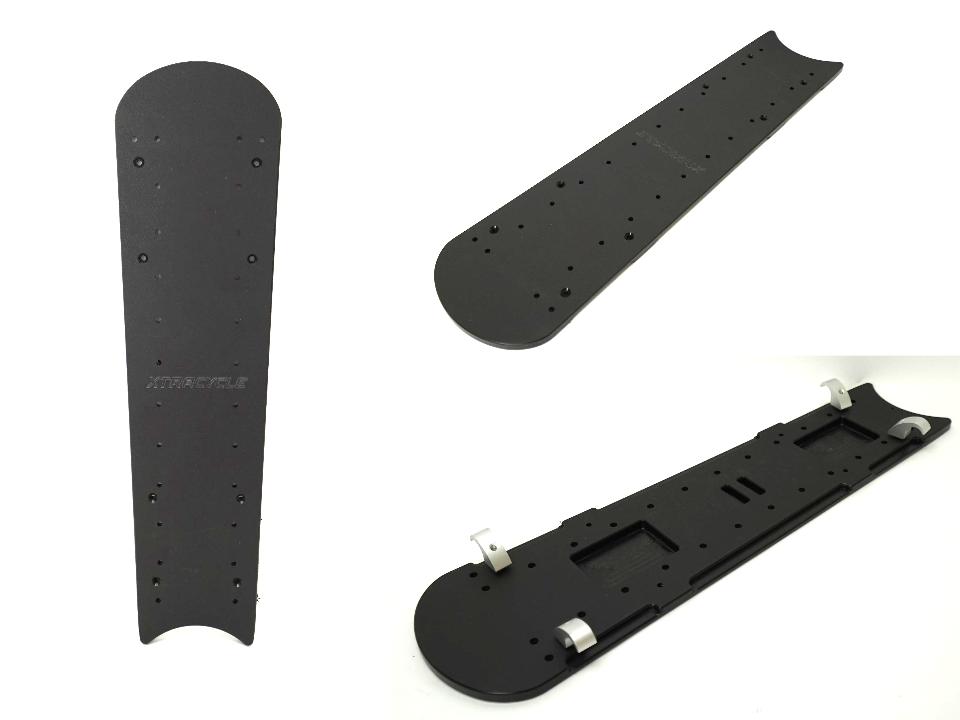 If your bike already has a FlightDeck LT1 (either the version 1 or the version 2), the Hooptie LT2 can bolt in using the Hooptie Retrofit Kit. If you have an LT1 version 1 FlightDeck, you will need to purchase four M6, 65mm bolts since the bolts included with the retrofit kit are not long enough for the thicker version 1 deck. The bolts included are long enough to go through the LT1 version 2 FlightDeck. If you intend to also install a Yepp seat, count the number of silver SuperHooks securing the deck to your V-racks. If you only have 4 hooks, you will need one additional set of SuperHooks for a total of 8 SuperHooks. This increases the security of the attachment since there will be the extra pull of the Yepp seat on the deck. If you intend to only install a Hooptie, you'll be good to go with 4 SuperHooks. To secure the V-racks to your frame, you will also need a set of RackLocks. So you will need: Hooptie LT2, Hooptie Retrofit Kit, RackLocks. Optional (if also installing a Yepp seat): additional SuperHooks, four M6 x 65mm bolts if installing on an LT1 version 1 FlightDeck. 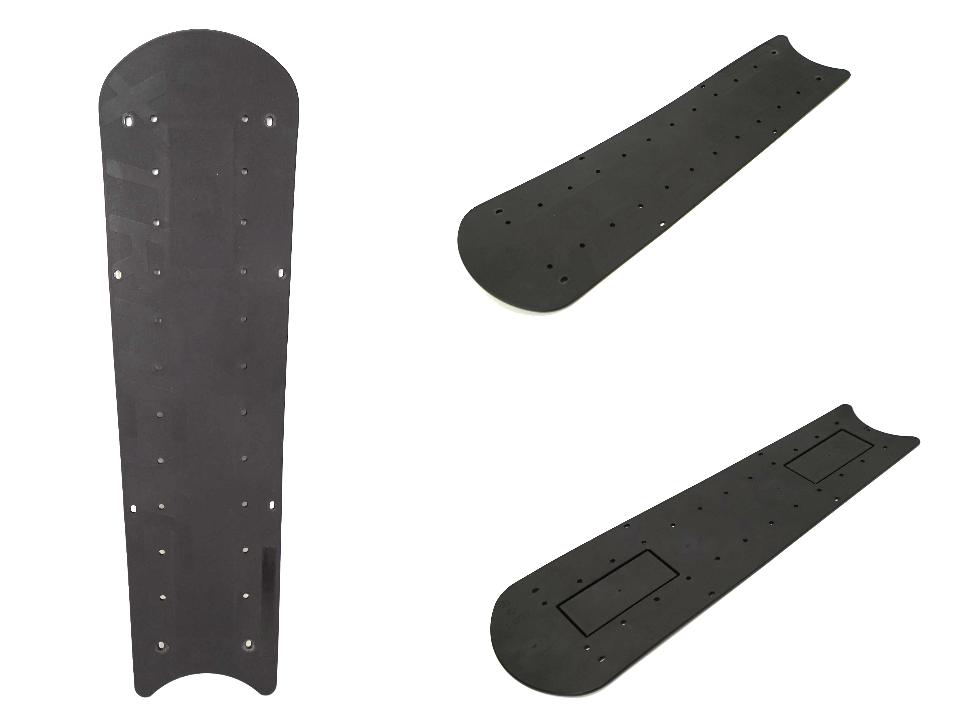 If you have a bike with the newest deck, the LT2 FlightDeck, the Hooptie LT2 has everything you need to mount it on your bike so you are good to go! The Hooptie will not bolt onto the deck but bolts onto the LT2 V-racks, with the bolt simply going through the LT2 FlightDeck (instead of structurally relying on the deck).

Once you have all of the items that you need, you can install the Hooptie LT2 by following the installation instructions, or by taking your bike to the nearest Xtracycle Dealer.

Comfort Tip: You may also want to install a Magic Carpet seat pad and/or U-Tube footrests to make the ride more enjoyable for your passengers.

What about the Hooptie LT1?

Still have some questions about your deck or the Hooptie? Send us an email at support@xtracycle.com and we'll make sure you have all the info you need to get your ride all set up.

Did this answer your question? Thanks for the feedback There was a problem submitting your feedback. Please try again later.